I posted the competition for this Rizla event thing during the week – it’s still open, so if you want to win some free guesties to the event in Bristol this weekend (Saturday 20th Nov) then get emailing. Check the full post here. After that, I managed to catch LVis1990 on the phone for a quick interview; have a read, and then when you’re all excited about his new jacking Chicago house material, get down to Motion to catch his  set. Boom.

So, you were recording in New York recently?
Yeah, I was over there in September, for about 10 days.
How did it go?
Really amazing. It’s so good to get out of London and just work solidly on music without any distractions. We were working in a big open studio, loads of hardware, it was pretty exciting.
Why were you recording in New York anyway?
I was out there with my friend Nick Hook, from Cubik Zirconia – he’s got a studio there, he plays keys and stuff. But it was mainly just wanting to get out of London, try and focus my mind on the album. The album’s got kind of a US vibe on it anyway, so it’s good to work there to soak that up a bit too.
What kind of a US vibe?
It’s like Chicago house really. I’m only using hardware for the whole album – pretty much all the drums are off a Roland TR707, so it’s getting that kind of Farley Jackmaster Funk vibe of really dry sounding drums. Then there’s the synths, vocals from people like Shadz.
That sounds great – I love the Chicago house sound.
Yeah, it’s all I really listen to at the moment – Chicago house, that and Detroit techno. It’s still sounds so fresh, and it seems like what was happening in Chicago then, it’s got kind of a correlation to what’s happening now in London with the funky crews, Night Slugs and so on – people not caring about genres. Like back then, everything was just house music – any underground dance music was house music. And there’s a similar thing going on now – there’s not so much emphasis on genres, just things held together by a vibe.
So how’s the album coming along then? When are you gonna finish it?
It’s coming along really well – I’ve got quite a few solid tracks that I’m just structuring at the moment. I’m hoping to have it done by the end of February, I’ve taken the whole of that month off to just focus on it. I’m going to be going out to Paris to work with Teki Latex and Para One on a few tracks, and I’ll be going out to LA too. I want to do all the places in United Groove – Paris, London, LA, New York. I really just want to make a good, solid dance music album.
So anyway. Night Slugs is going pretty well then…
Yeah! It’s just all gone crazy over the last few months, with the Resident Advisor feature, it’s really exciting. So now we’re really looking forward to pushing it to the next level in 2011. 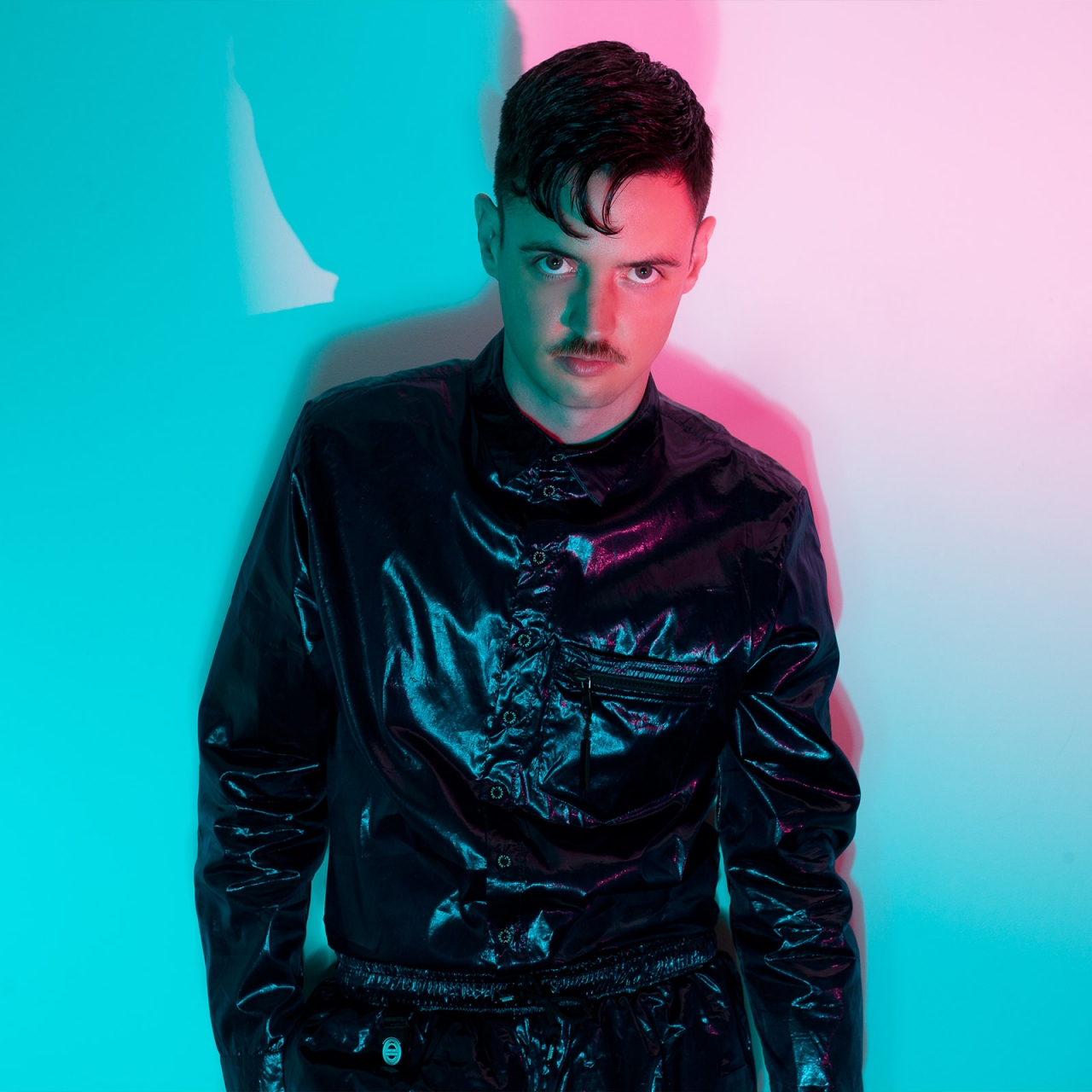 How do you split the workload between you and Bok Bok?
Well, it’s pretty even, but Bok Bok does all the artwork. We’ve got a PnD deal for the vinyl with Rubadub up in Glasgow. We live together, too, in Night Slugs HQ – there’s me, Bok Bok and Girl Unit. But we’ve got Kingdom crashing over at the minute too, so it really is Night Slugs house!
Have you got anyone down as an ideal release? Are you chasing anyone?
No, we’re not really chasing anyone – everything that’s happened with Night Slugs has been really organic, it’s all been our crew, our friends, people who’ve been there since the start. We might be doing a release with Christian Martin next year, which would be a step out of our crew. We’ve also got a track by Jacques Greene from Montreal on the Allstars album at the end of the month, but we wouldn’t really chase someone for a release.
Are you planning much in the way of bigger projects? Artist albums?
Next year we’ve got the Egyptrixx album which is coming out on February 9th, which is really good, I’m really impressed with it. We’re also gonna be doing a Jam City album in the first half of the year.
You’ll be pretty busy then…
Yeah, there’s a lot of work to do! But we’ve got a couple of interns at the minute, since the label started getting really busy.
Interns! Wow, I should get one too. What’s working for you, DJ wise, at the minute?
Well, a lot of Night Slugs, a lot of US stuff like Karizma, Spen, classic Chicago… but yeah, mainly crew stuff!
I saw a UStream of you a bit ago, you were playing a house party and there was some crazy, triplet or 6/8 music going on …
Ah yeah, that would have been some tribal guarachero. It’s like Mexican ghetto music. But yeah that tribal sound, I was really into that – there’s a remix I did of Wildlife that’s just come out now – it’s got that kind of vibe, especially in the drums.
Do you play that kind of stuff out much?
Yeah, I’d say it’s just pure party music basically. So yeah, I do fit that one into my sets occasionally, there are some Dubbel Dutch edits, like his edit of Untold’s track Anaconda, I’ve done a couple of edits too. It’s totally playable. Some of it’s quite crazy, but there’s some really good stuff out there.
And people go for it?
Yeah – it’s just stupid party music. It’s hard not to dance! They look a bit confused sometimes, but it works, I’ve played it to some pretty massive crowds.
Cool. Anything you want to plug, before we sign off?
Yeah, we’ve got the Night Slugs Allstars compilation coming out on November 29th – so tell everyone to check that out! 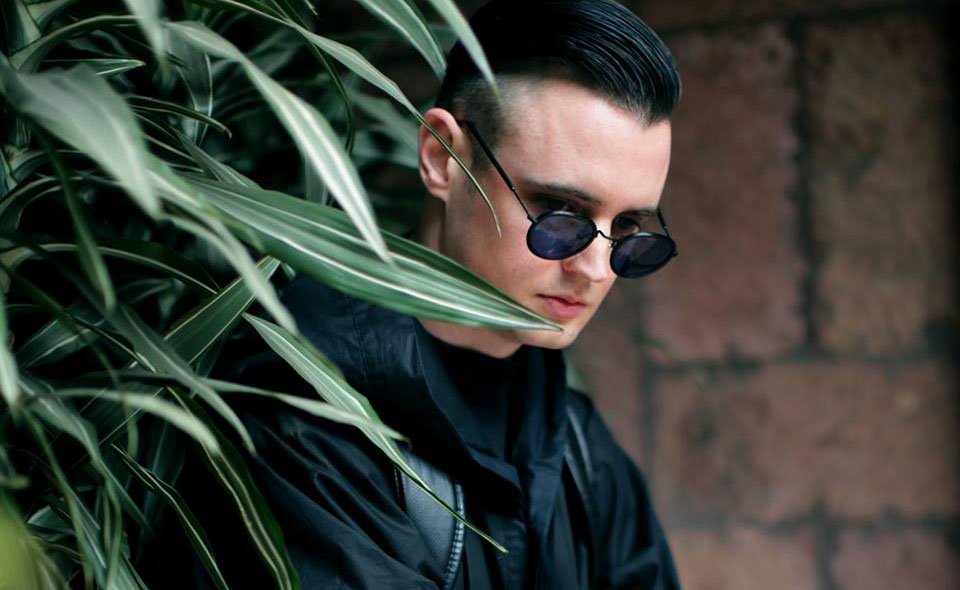